Since 2001, the Collectif Culture Essone has created the festival “La Science de l’Art” (The art of Science), an event that is free and open to all. This event is part of a local and participative dynamic while highlighting the strong scientific identity of the French region. It therefore contributes to the cultural development of the territory and encourages the debate on Culture, Art and Science. Its actions are mainly intended for the “distant” public of the Essonne region and for the school public.

The objectives of this festival are:

The originality of the festival lies as much in the encounters and transdisciplinary creations that it produces, as in its non-dedicated venues (nurseries, hospitals, churches, train station halls…) that encourage encounters with the public.

This year it will take place between November and December !

To find out more about it, please follow this link. 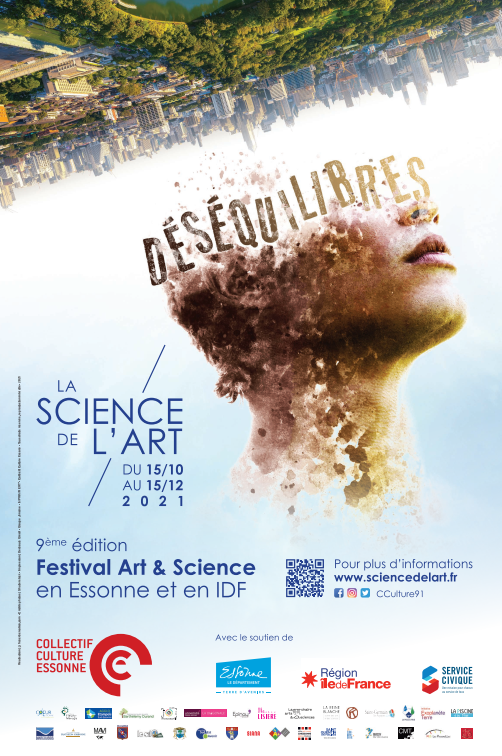